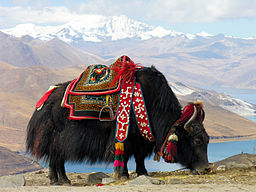 A common pitfall of working long hours with high concentration level or stress level is the “yak shaving” effect. You start with a clear goal, dive down into the details and encounter an unforseen obstacle. No big problem, you just need to adjust focus for a moment and fix this little… but wait, in order to fix it, you first need to change this minor circumstance. And this change is prohibited by this effect, which needs to be adjusted, but relies on that. Much later, you’ll wake up from your dive and find yourself happily shaving a yak. But how exactly did you get there?

This “Goal/Task-Relationship” shouldn’t get too complicated. To describe your current Goal/Task-Relationship to a random person that just now arrived at the scene (ok, lets be clear: I’m talking about your boss), you should need at most two simple sentences. Every longer description is a sign of an unclear goal or inefficient steps (tasks) towards it.

To make sure that your Goal/Task-Relationship stays explainable, you could use the Pomodoro technique that partitions your concentrated work into intervals of half an hour (including the rehash phase).

The approach above helps against yaks, but not against target fixation. Target fixation occurs when you are so sure about your goal that you don’t question it even when the cost of achieving it rises to obscene levels. There are many stories I could tell about target fixation, but one sticks out for me because it happened myself and it happened recently.

In the midst of winter, during a cold period, my gas heater for the whole apartment broke down – on a late saturday evening. No amount of reading the manual, trying to turn it off and on again and maintainance routines could bring it back to life. The rooms grew colder. A long, cold weekend lay before me, but I couldn’t just sit it out – I had work to do with a tight deadline. So I frantically contacted one “24h emergency service” after the other with no success at all (this is in a rather big city, the experience really shocked me). My efforts to reach anybody who could help consumed time and nerves until I finally gave up. The backup option was to move to an hotel for two nights and I was ready to pack my things. 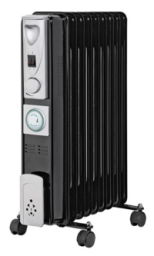 But before I made the final decision to temporarily abandon the place, I called a friend to congratulate him on his birthday, totally unrelated to the heating desaster (it was on my todo list and needed to be done, so why not now?). After he asked me what’s up (he always senses misery) and I told him the whole catastrophe, he laughed and said: “Your problem can be solved with some money and a DIY store: just buy an oil radiator and plug it in – voilà, heating for one room”. I was baffled and excited: ten minutes later, and the store would be closed. In the last minute, I bought the radiator and had enough heat until the gas heater could be fixed during normal working days.

My target fixation is easily explained: “The gas heater broke down so I need to repair it/have it repaired”. The solution is also easy: “You need heating, but not necessarily by that broken gas heater”. It’s the same problem, just different zoom levels. By zooming out (being zoomed out, having somebody else provide the external view) of the narrow problem space I could see the whole picture and solve the real problem, not my perceived one.

To counter target fixation, you have to zoom out regularly. But you need to zoom out even more and ask a different set of questions:

The “Problem Root Cause” approach helps to find a more abstract formulation of the problem at hand. You basically ask if you really solve a problem or merely a symptom of an hidden cause. In my story, I wanted to solve the problem of the broken gas heater. The generalized problem was lack of heating, regardless of which device it may provide. The cause was identical: cold weather without proper heating. Now I own an oil radiator on reserve.

You really need to zoom out of your current work, take a few steps back and broaden your view to be sure about your path to the best solution. So my advice is to “zoom out early, zoom out often” (adapted from “commit early, commit often”). If you can manage the bird’s eye view of your path to the goal yourself, you’ll less often fall prey to yak shaving and target fixation.