One of our secrets is that we’ve put the whole company under version control. You can see every change to our business data and undo every mistake. 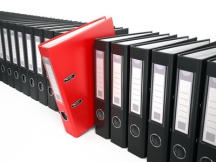 A minor fact about the Softwareschneiderei that always evokes surprised reactions is that everything we do is under version control. This should be no surprise for our software development work, as version control is a best practice for about twenty years now. If you aren’t a software developer or unfamiliar with the concept of version control for whatever reasons, here’s a short explanation of its main features:

Version control systems are used to track the change history of a file or a bunch of files in a way that makes it possible to restore previous versions if needed. Each noteworthy change of a file (or a bunch of files) is stored as a commit, a new savepoint that can be restored. Each commit can be provided with a change note, a short comment that describes the changes made. This results in a timeline of noteworthy changes for each file. All the committed changes are immutable, so you get revision safety of your data for almost no cost.

In software development, each source code file has to be “in a repository”, the repository being the central database for the version control system. The repository is accessible over the network and holds the commits for the project. One of the first lessons a developer has to learn is that source code that isn’t committed to a version control system just doesn’t exist. You have to commit early and you have to commit often. In modern development, commit cycles of a few minutes are usual and necessary. Each development step results in a commit.

What we’ve done is to adopt this work style for our whole company. Every document that we process is stored under version control. If we write you a quote or an invoice, it is stored in our company data repository. If we send you a letter, it was first committed to the repository. Every business analysis spreadsheet, all lists and inventories, everything is stored in a repository.

Let me show you two examples:

We have a digital list of all the invoices we sent. It’s nothing but a spreadsheet with the most important data for each invoice. Every time we write an invoice, it is another digital document with all the necessary text and an additional line in the list of invoices. Both changes, the new invoice document and the extended list are included in one commit with a comment that hints to the invoice number and the project number. These changes are now included in the ever-growing timeline of our company data.

We also have a liquidity analysis spreadsheet that needs to be updated often. Every time somebody makes a change to the spreadsheet, it’s a new commit with a comment what was updated. If the update was wrong for whatever reason, we can always backtrack to the spreadsheet content right before that faulty commit and try again. We don’t only have the spreadsheet, but the whole history of how it was filled out, by whom and when.

Before we switched to a version controlled work style, we had network shares as the place to store all company data. This is probably the de-facto standard of how important files are handled in many organizations. Adding version control has some advantages:

Summary of the adoption

When we switched to version control for every company data, we just committed our network shares in the repository and started. The work style is a bit inconvenient at first, because it is additional work and needs frequent breaks for the commits, but everybody got used to it very fast. Soon, the advantages began to outweight the inconvenience and now working with our company data is free of fear because we have the safety net of version control.

You want to know more about version control? Feel free to ask!

2 thoughts on “The whole company under version control”