You probably know people that avoid cloud services as if they are poisonous and others that jump onto every cloud bandwagon. You can categorize them in four archetypes. Let’s start with the tinfoil hat and the clipboard.

In the occupational field of accounting, the strong trend towards cloud services is noticeable. Everything needs to be digital, and with digital, they mean online, and with online, they mean in the cloud. Every expense voucher needs to be scanned and uploaded, because in many cases, it can be booked automatically. In the new era of accounting, human intervention is only needed for special cases.

I see this as a good example of how digital online services can transform the world. Every step in the process would have technically been possible for the last twenty years, but only the cloud could unify the different participants enough so that a streamlined end-to-end process is marketable to the masses. And in this marketing ecstasy, the stakeholders that profit the most (the accountants) often forget that their benefits are just a part of the whole picture. In order to assess the perceived and actual benefits of all stakeholders, you at least need to apply an archetype to each participant.

In my opinion, there are four different archetypes of cloud users. Let’s have a look at them and then assess the risks and potentials when selling a digital online service to them. I’ll list the archetypes in the order from biggest risk to biggest potential.

A person that could be identified as a “tinfoil hat” doesn’t need to be a conspiracy weirdo or paranoid maniac. In fact, the person probably has deep and broad knowledge about technology and examines new technologies in detail. The one distinctive feature of the tinfoil hats is that they take security, including IT security, very seriously. They don’t take security for granted, don’t trust asseverations and demand proof. You can’t convince a tinfoil hat by saying that the data transfer is “encrypted”, you need to specify the actual encryption algorithm. Using RC4 ciphers for the SSL protocol isn’t good enough for the tinfoil. You need at least proof that you understood the last sentence and took actions to mitigate the problem. Even then, the tinfoil will hesitate to give any data out of hands and often choose the cumbersome way in order to stay safe. “Better safe than sorry” is his everyday motto.

Tinfoil hats always search for scenarios that could compromise their data or infrastructure. They are paranoid by default and actively invest in security. “On premises” is the only way they deploy their own services, and “on premises” is how they prefer to keep their data.

Typical signs of a tinfoil hat archetype include:

Trying to sell a cloud service to a tinfoil hat is like trying to sell a flight to an aviophobian (somebody with fear of flying). There is always another way to get from A to B, seemingly safer and more controllable. If you are selling cloud services, tinfoil hats are your worst nightmare. If you can convince a tinfoil hat, your product is probably made of fairy dust and employs lots of unicorns. 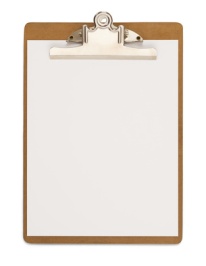 Clipboard people are wary of new technologies, but assess them in the context of usability. They demand high security, but will compromise if the potential of the new technology far exceeds the risk. Other than the tinfoil hat, the clipboard sees his role as an enabler, but will not rest to increase the perceived or actual safety of the product. You can appease a clipboard by giving evidence of security audits from a third party. They will trust known authorities, because it means that they can always deflect blame in case of an accident to these authorities.

Clipboards run on checklists, safety protocols and recurring audits. They don’t try to avert every possibility of a security breach, but will examine each incident in detail and update their checklists. They don’t care about “on premises” or “off premises” as long as the service is reachable, safe enough and reliable. If a cloud service has an higher availability than the local counter-part, the clipboard will think about a migration.

Typical signs of a clipboard archetype include:

The clipboard will listen if you pitch your cloud service and can be enticed by the new or better capabilities. But in the very next sentence, he will ask about security and be insistent until you provide proof – first-hand or by credible third parties. You can convince a clipboard if your product is designed with safety in mind. As long as the safety is state-of-the-art, you’ll close the deal.

Outlook on the second part

In the second part of this blog entry, we will look at the remaining two archetypes, namely the “combination lock” and the “smartphone”. Stay tuned.

Did you identify with one of the archetypes? What are your most important aspects of cloud services? I would love to hear from you.